Kentucky is becoming more and more a prominent state to shoot world class whitetail deer.  For many years this was the type of state that simply thought nothing of killing deer for food and that was their purpose.  Kentucky deer hunts for sale and the mainstream trends reaching the state is now exposing the sanctuary state for it’s quality deer.  Kentucky deer hunts are on the rise.  The Kentucky deer population is at 1,000,000.  A record 144,309 deer were taken last year.

Kentucky outfitters are also experiencing a growing trend.  Kentucky deer hunters, Kentucky deer forums, and people who sell Kentucky deer hunts have been educating the state for a while and it’s believed we are the last state to “learn” about quality deer management.  So no you have a state of people that are wanting more mature bucks in the herd.  So the generational poachers are dying out and the sportsmanship of Kentucky deer hunting is starting to breed larger deer.

Iowa hunting has always been considered a premium fair-chase deer hunting state, but that was because of it’s larger tract owners with a lesser concentration of it’s residents living below poverty as compared to Kentucky.  A ranch owner, Christopher  “Crabby” Dush, has frankly said their “Golden Triangle Area” is just on a down swing of a peak period in time for trophy class whitetail deer and that him and his partners are desperately looking for some property to replace their depleted area within the state of Kentucky.  His wife only lets him hunt 3 days per year, so he needs to make those days count.  He’s just thankful his deer hunting partners miss about everything they shoot out or else they’d really out-harvested the area.

Kentucky deer hunting is becoming mainstream and antler mass is becoming more of a goal amongst all property owners.  Maybe it’s the stickers placed on the backs of pickup trucks with large horns or maybe it’s  the fact some say Kentucky just discovered electricity a few years ago, either way, search Kentucky deer forums to learn more about which Kentucky outfitter is right for you.  Kentucky gun hunts and Kentucky bow hunts have a range in services, accommodations, and prices. 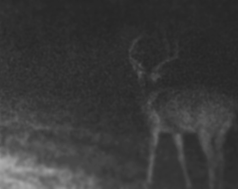 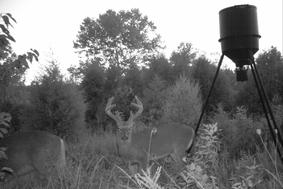