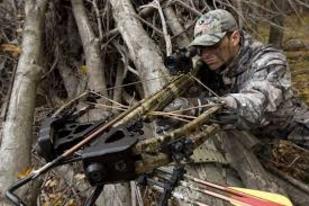 Laws to be Changed – Part 2


I earlier reported how Kentucky is looking at the possibility of changing it’s laws to have antler restrictions during bow and gun seasons of whitetail deer.  The seemingly most popular law change would allow hunters to only shoot bucks with 4 points on one side ore more.  This would help strengthen Kentucky tourism and industry when it comes to selling Kentucky deer hunts to out-of-state hunters.  Kentucky outfitters would bring in more hunters the surrounding states which would then in-turn purchase a much more expensive hunting license to produce a better revenue stream.  It would also make for more quality trophy hunting for all locals interested in the sport as well.

Laws that have not been implemented have opponents or at least a reason they haven’t adopted quality deer management techniques yet.  A common reason you’ll hear from many old-time hunters is that they “can’t eat the horns.”  Many people will claim they hunt for the meat.  I’ve always wondered about those who claim they hunt for the meat.  Albeit, meat is pretty expensive in the grocery stores, but factor in how much it costs to site in your gun, the baiting, license and equipment, is it really about the meat?  Wouldn’t a grocery store meat be cheaper?  I’m of course leaving out the most expensive factor of any Kentucky deer hunt which is the amount of time the hunter is spending in the woods when they could be working elsewhere!  If a person were to make just minimum wage as he cleans his weapon, drives to the hunting grounds and sits and waits for the deer.  We’re talking deer meat that is realistically worth 100’s of dollars a pound.  I’m not buying that argument.  Some have talked about how healthy and lean the meat is, but most of my friends that deer hunt, they are cracking open three sodas a day, Snickers candy bars and bacon for breakfast, so that argument doesn’t hold a lot of water either.

There are real variables on Kentucky Fisheries and Wildlife experts can account for as far as managing the total deer herd.  Most Kentucky hunting guides and outfitters will concede to the overall big picture of society’s needs (insurance company premiums from car deer accidents) to control disease, farm crop losses and the overall health of the deer.  Managing bucks in Kentucky is an important industry, but that is really a secondary level concern.  It’s a cultural issue that still impedes the industry, but it is slowly changing because Kentucky is considering changing deer hunting laws annually.