Kentucky deer hunting has evolved significantly over the past 10 years.  Folks are becoming more accepting that it is a mainstream high dollar activity instead of the “hunt to feed your family” mentality.  Maybe it has to do with entitlements and generational welfare.  Maybe deer hunting is too much like work when people can simply go to a Wal-Mart and buy steaks on their government funded credit card?  Whatever the reason, the deer are getting older in the state of Kentucky and Kentucky deer hunts (forum) are becoming more in demand than ever.

The one thing I’ve noticed during my time spent deer hunting in a stand and watching deer through digital cameras is that the number of big bucks feeding at auto-feeders have declined.  When I refer to auto-feeders, I’m speaking of a large elevated bucked of corner that is on a timer to spit out so much corn several times throughout the day used mostly by Kentucky outfitters.  The makes it a little more predictable for the person who has paid for a Kentucky deer hunt to get a good shot at their trophy buck.  Anyway, I have a theory behind why I believe larger bucks are not visiting these autofeeders as much any more.  Is it possible that deer prone to feeding at such contraptions certainly do so with regularity?    The problem is those types of deer with the inclination to feed at such sites get shot when they are 1.5 or 2.5 years old.  They never make it to maturity.  Another factor to consider is more and more Kentucky deer hunting enthusiasts are using this tactic to lure deer in.  Sure, 10 years ago this was a great tactic, but now, those older deer willing to feed from such machines have been shot off?

Think about it, anyone who puts Kentucky deer hunts for sale is going to need to lure in the deer nearly year round to make their hunting property their home range.  A feeder on a timer saves money and was a wonderful idea.  Prices come down near the $120 range.  Minimum wage keeps going through the roof so going to McDonald’s now costs $20 for a family; this makes buying a autofeeder look reasonably cheap.  That’s my super brief explanation of how hunting Kentucky deer with an auto-feeder is still productive, but not “the” answer. 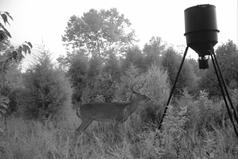 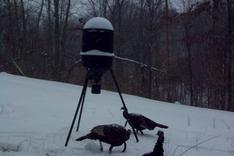